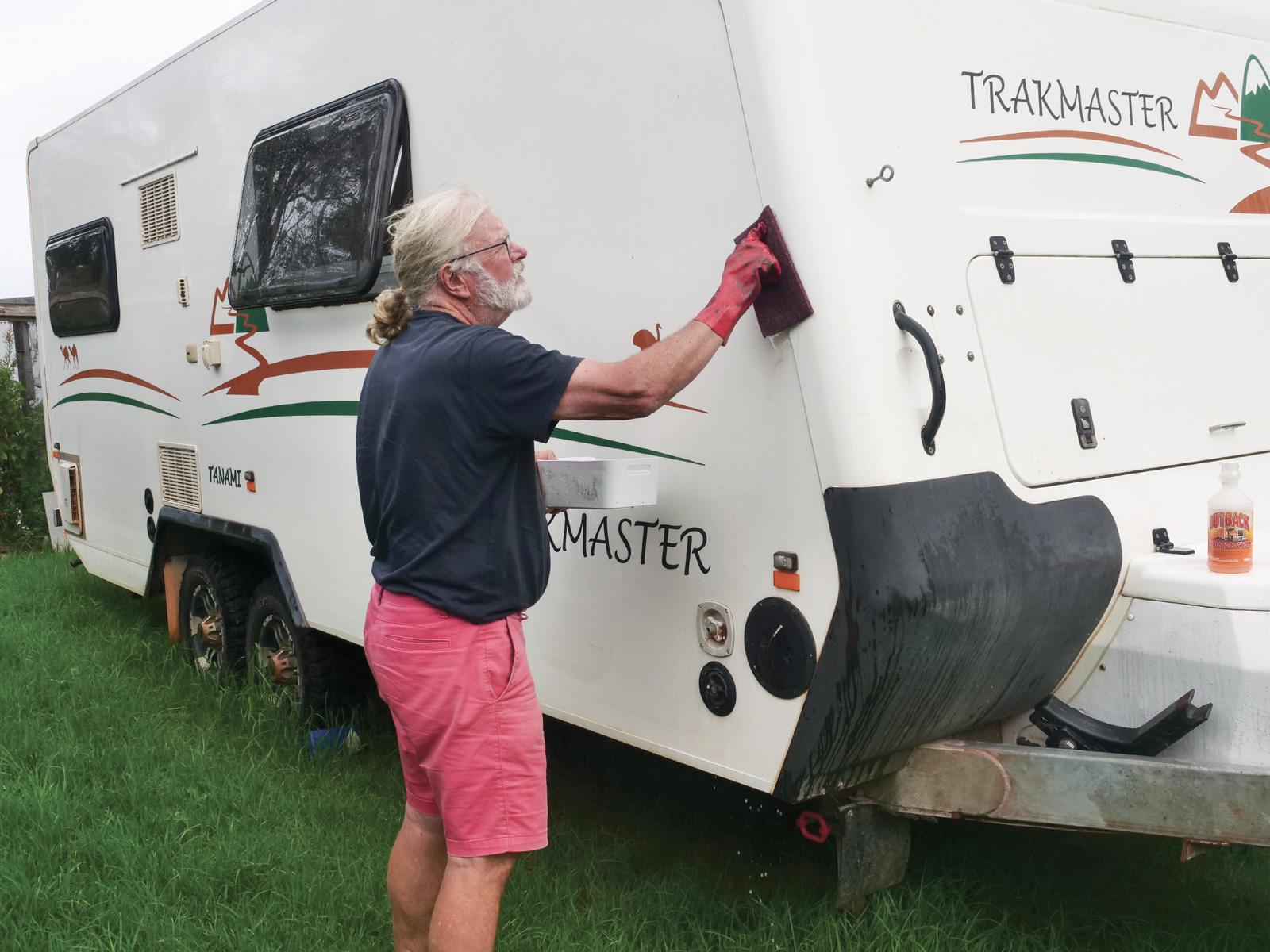 Red dirt stains on a van can be a badge of honour for many of us, but they can also detract from the look of your van. Plus, the ochre pigment is notoriously hard to remove. Our latest caravan is a ten-year-old Trakmaster and, on the face of it, it had done every dusty track in Australia when we bought it.

The red film survived despite several attempts to bring it back to its former glory with our usual mix of cleaners. So, when Heather found a product that claimed to clean all sorts of muck and stain, including the red dirt, I was, of course, sceptical. It’s my go-to position, after all.

However, I had to eat my words when Heather went to work with the cleaner and before long displayed a much-improved van. Unfortunately, the job was over so quickly, I didn’t get a chance to get some before and after photos! However, we did have another go at cleaning some of the more detailed sections around the trim where the dust had piled up in narrow crevices.

Red Stain Remover is from the range of Outback Cleaning Products, a company formed when two blokes from the northern part of Western Australia searched for a solution to get rid of stains from dust and boar water. They teamed up with Krystal Shield Chemicals and now distribute their product Australia-wide through Coast to Coast dealers.

The wash is not acidic, so it’s safe on most surfaces.. It’s an alkaline-based detergent, and the secret for use is to dilute it with water to around 20:1. In its raw form, it’s very slippery, so it needs some water mixed in to give the product some grip. It works best on smooth surfaces like fibreglass, polished alloy, chrome and so on. Be careful though as it can be harmful to skin and eyes so wear gloves and even protective glasses to be safe. 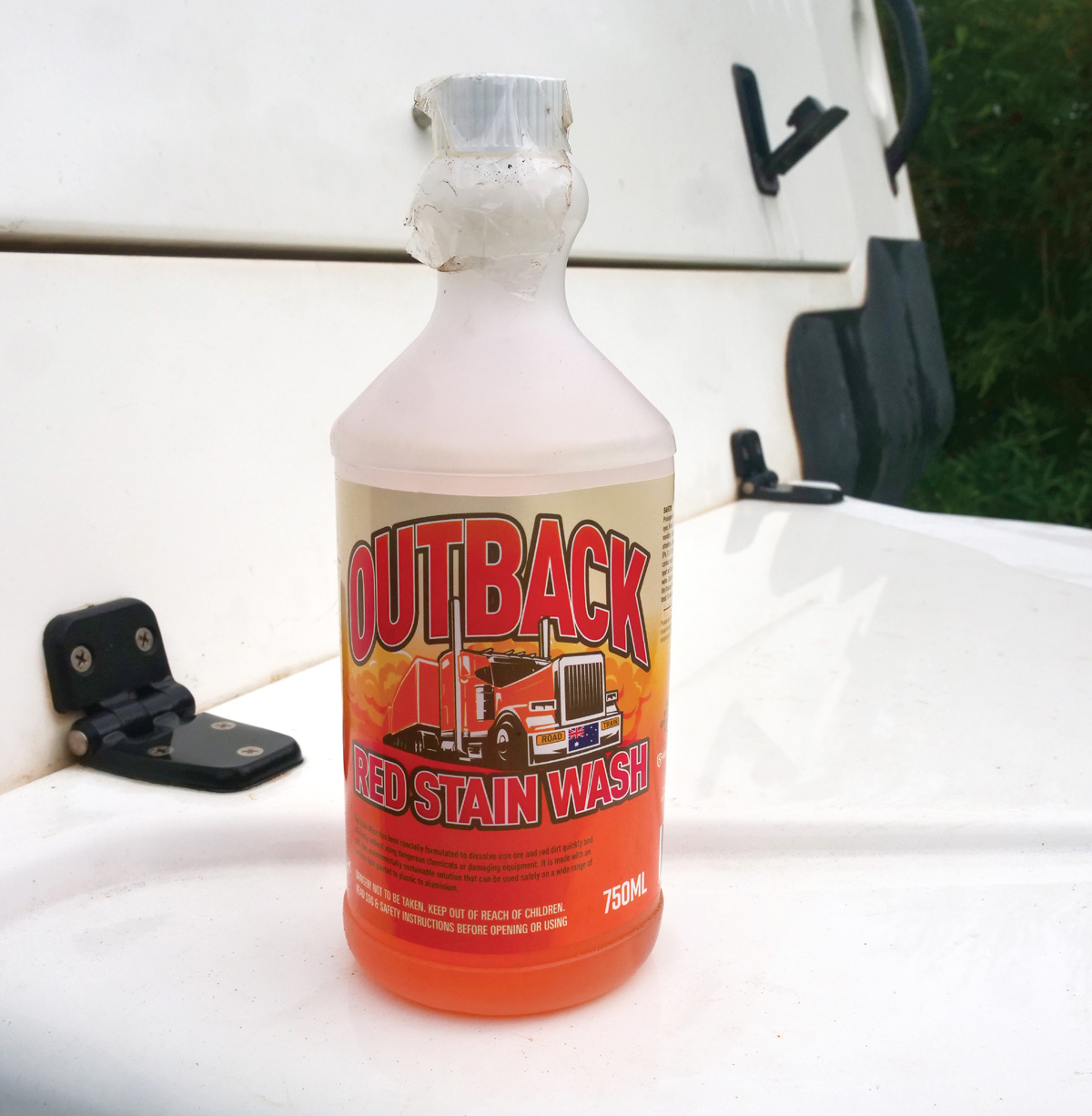 It had no impact in getting stains off the galvanised A-frame. And, on the first try, even though the surface is relatively smooth, it wasn’t very effective on some of the thicker silicon sealing where the stain was deep red.

A call to the company’s info line got me in touch with co-owner Peter who suggested a scouring pad and more dilution of the liquid. That worked a treat, and it makes a big difference to how the van looks.