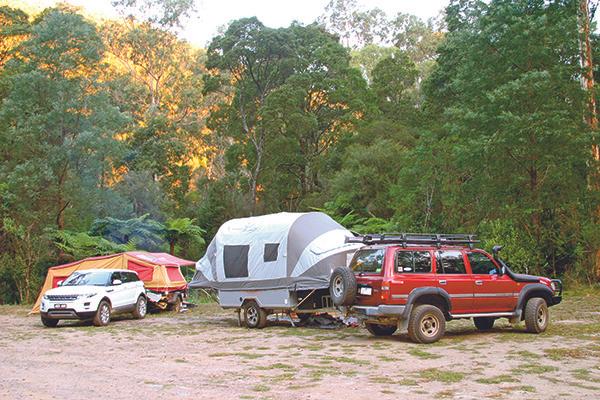 Installing a DO35 offroad hitch

Why change your coupling?

There are a few answers to this question but, perhaps, the most pertinent is: to match your rig’s capabilities to the terrain you want to traverse.

Standard 50mm ball couplings have an inarguably important place in the market but their limitations have given rise to a swag of all-terrain couplings that articulate on both horizontal and vertical axis. The benefits are obvious: as you bump and grind along undulating tracks, the vertical movement of the coupling removes the stresses from your equipment. Tackling a low-range track with a standard ball coupling has bent towbar and cracked A-frame written all over it.

Naturally, you’d only swap to an offroad or all-terrain coupling if your van has the credibility (and, dare I say, warranty) to handle that sort of terrain. But the good news is, with a couple of caveats, it’s relatively easy to swap one coupling for another.

The first step is to remove the old coupling. In this instance, we wanted to replace a polyblock Trigg unit with the well-regarded Hitchmaster DO35 by Vehicle Components. This is a coupling with which we’ve had plenty of experience in both offroad and highway conditions.

The first step was to remove the old coupling – a simple matter of unbolting it from the A-frame and disconnecting the integrated handbrake from the handbrake cable.

With the old coupling removed, it was time to fit the DO35. This coupling comes with six bolt holes, with a minimum of four bolts required by Vehicle Components (for vans under 2500kg ATM – six bolts are required if the ATM is above 2500kg) for securing the coupling to the A-frame. Because the original coupling was only secured by four bolts, our van’s A-frame only had four holes to work with. But since our van was well under 2500kg, we were able to confidently proceed, without drilling additional holes.

Vehicle Components recommends using M12 class bolts or 1/2in Grade 5 bolts with nyloc nuts or spring washers, tightened to 75Nm or 90Nm respectively. At this point, it’s worth adding some multi-purpose grease to the coupling via the grease nipple. You’ll need a grease gun for this.

Then, you can reconnect the handbrake and fit the supplied tow ‘pin’, which directly replaces the conventional towball – no other components required – tightening the nut to the recommended 440Nm.

With your van now fitted with a serious all terrain coupling, you’re ready to go bush!

The Hitchmaster D035 comes in a couple of variants: coupling only (model V2-R), or with an integrated handbrake (model V2-I), which is the one to choose if the coupling you’re replacing also had a built-in handbrake.

The D035 is fully ADR 62/02 compliant, offers 360° of rotation, features a double-locking mechanism, and comes with a two-year manufacturer’s warranty. It is rated to tow up to 3500kg, with a towball download weight of between 50kg and 350kg. It’s compatible with most weight distribution hitches and comes with the relevant attachments.

It even comes with a dust cap that protects the locking mechanism from the elements and limits the ingress of dirt and dust. This cap doubles as a visual aid to ensure that the lock is engaged prior to departure – you can only secure the dust cap once the coupling is locked in place.

Aside from the bolts and tools you’ll need, the coupling comes with everything required for the installation. A neat, customised ‘spanner’ for fitting the tow pin is even included.