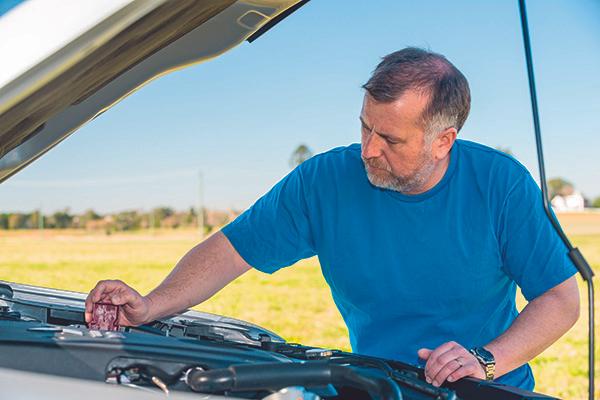 However, it doesn’t hurt to see that your van is up to the (electrical) load you are putting on it. If you have the correct gauge wiring in your van with appropriate circuit breakers – and almost certainly all do – there’s no reason why you need to worry about running high current draw items such as air-conditioning if you are always using 240V mains power to do so – providing that you’re not trying to use too much electrical equipment at the same time.

When staying at powered sites, there is little to worry about except for using an industrial-rated 15A lead to plug into the mains socket and to make sure you have bought a lead of the correct length – you can’t piggyback leads.

While the whole concept of onboard electrics is changing quickly – with the introduction of lithium battery technology, for example – most modern caravan electrical systems run a hybrid of 12V, powered by lead-acid deep-cycle batteries, and 240V powered by mains or generator. A key heavy current-draw item is the reverse-cycle air-conditioner, which can only run on 240V, while other electrics such as LED lighting run on 12V power from either an inverter converting the 240V mains power to 12V or an from onboard battery, which itself is charged through a charger hooked up to 240V mains power. The house battery can also be charged by the tow vehicle’s alternator through the trailer plug.

WHAT DO YOU NEED?

The ‘right’ power supply is dependent on many things, particularly how long you plan to stay off-grid. If all you do is step into the van to turn on a light and make a cup of tea on the gas ring during your transport stages, you won’t have too much of a problem.

Assuming you haven’t plugged into a faulty mains socket at the caravan park (that can happen, so don’t assume that the fault lies with your van), the capacity of the charging system and battery storage only becomes a potential issue when free camping. If you haven’t calculated your power requirements, you could have more candle-lit dinners than you expected.

It is possible to put too much load on the 10A caravan system. Trying to use an electric kettle and four-burner toaster at the same time, for example, will trip the circuit breaker. If you persist with using too-high current electrical items at the same time and keep tripping the circuit breaker, it’ll weaken it and cause even bigger problems that could eventually lead to an electrical fire.

If your circuit breaker keeps tripping, unplug all 240V equipment in the van and try the switch. If the circuit breaker trips, it could be faulty itself, or there are other, more significant, problems. If it doesn’t trip, then you can plug-in the 240V appliances one-by-one until you find the culprit overloading the circuit.

An option for quick power is to use a portable generator, and some quiet options are available (such as the Honda units). The negatives are that they aren’t cheap, at about $1500 for a good one, plus generators are heavy and most national parks campgrounds ban their use. You also have to carry a supply of fuel to run it. Both the generator and its fuel supply add a good chunk of weight to your payload.

Batteries are a bit like tyres in that, once they get old, they don’t work as well. You’re unlikely to get a spectacular blowout as you might with an old tyre, but the battery will not hold as much charge and thus can become frustratingly inefficient.

If the electrical system is not working, you can check the simple things: a charge meter is often supplied in vans, so check that at least 12-13V is available. If you don’t have a meter, get a multimeter and check across the terminals to see the voltage difference. Once you get down to around 11V, the system is unlikely to provide enough power. Ideally, you should have 13-14V on tap in a fully-charged, healthy battery.

Fuses or circuit breakers can fail or trip so check these (always carry known, good, spare fuses) and check that moisture has not corroded any fuse connections. If lights do not work, the obvious thing with older vans is to check for a blown globe, but also check the connections as they can corrode.

If the circuit breaker keeps tripping (and it’s unrelated to high current-draw equipment use), or globes keep failing, there is a short-circuit or current surge that should be investigated by an electrician.

When making additions to your van, such as screwing in a new bracket or shelf into an internal wall, don’t forget the wall is very thin and you could damage electrical wiring running on the other side of the panelling.

Moisture and corrosion in electrical systems can pose significant problems and they are very hard to track down. If you have an electrical fault that does not have an obvious solution, such as a failed globe or fuse, then it could be a loose or corroded earth point. Check all earth connections for corrosion by disconnecting cleaning and reconnecting them.

The full feature appeared in Caravan World #542 October 2015. Subscribe today for the latest caravan reviews and news every month!