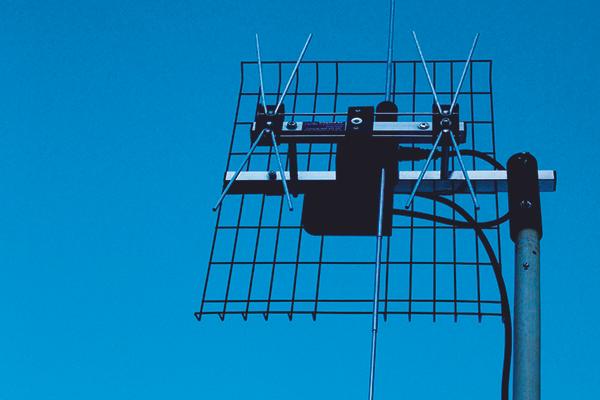 Wilkgard Technology Group has recently released its new versions of the Explorer TV antenna, the C4A (Active) and C4 Passive. The main difference between the two is the C4A is the amplified version. We reviewed the C3 version way back in 2011 and found it worked very well. However, we found the system to change from horizontal to vertical signal reception very awkward and not user-friendly, and this became worse as the components became sun-damaged and brittle.

The new version has a much simpler system, and all fittings now have digital ‘F’ connections, which reduces pixilation. This time, Denyse and I reviewed the amplified antenna with a 4G filter. Supplied were 7m of low loss cable, the amplifier, 12V DC lead, 12V plug pack, through the wall connection system, 1m short lead, the TV antenna and all instructions. The active connection kit means you can plug into a 240V supply or a DC 12V supply, such as a solar panel or battery. A pole is also available.

Explorer brand antennas have been around since 1998 and the antenna is designed and made in Australia, with technical support available via a freecall number. There is a three year warranty and money back guarantee.

We followed the instructions and slowly worked our way through setting up the antenna, and making a small adjustment to our pole. Allow enough time, though, as it is a bit fiddly. We have an Ezi-Eye ‘through the wall’ system for our antenna cable, and rather than drilling a further hole in the van wall, we mounted the ‘through the wall’ system inside the van for this test.

The new quick release to convert from horizontal signal to vertical involves undoing only one wing nut. Excellent!

It takes a while to change from passive (no amplifier) to full amplification, though, and the antenna does not work by simply turning off the power. In any case, during our testing, we found we needed to use the active C4A system employing the amplifier. In some cases, if the signal is too strong, you will need to take down the antenna and disconnect the two cables that go into the amplifier and join them with a standard ‘F-type’ joiner.

Denyse and I took this antenna with us on our recent north Queensland trip. We had excellent reception at Rollingstone, Cardwell and Walkamin. At Mission Beach, where reception is very poor (and a cable is supplied by the van park), we did have reception on one channel. A good result, as this is the first time we have had any reception there.

Again, a cable is supplied at Flying Fish Point (Innisfail). We had good reception on four channels, and slight pixilation on the fifth – an unexpectedly good result.

Wonga Beach, in the Daintree, is problematical for TV reception, with weak signals coming from two directions. We actually had 52 channels tune in, although many were too pixilated to watch. After changing the antenna from horizontal to vertical (taking only a couple of minutes) and pointing towards Port Douglas, we had almost perfect reception on all channels for our stay of a week.

In each case, we checked out the Explorer against another brand of amplified antenna, and in poor reception areas, the Explorer was noticeably better.

We found the extension arms were not required in most areas, because more than 90 per cent of TV transmission is now UHF rather than VHF. Check the TV reception before pulling them out, as they are easy to buckle. The manufacturers are aware of this weakness and are working on a new system of extension arm which should be released shortly.

This is an excellent TV antenna, particularly for poor reception areas.

The full feature appeared in Caravan World #545 December 2015. Subscribe today for the latest caravan reviews and news every month!