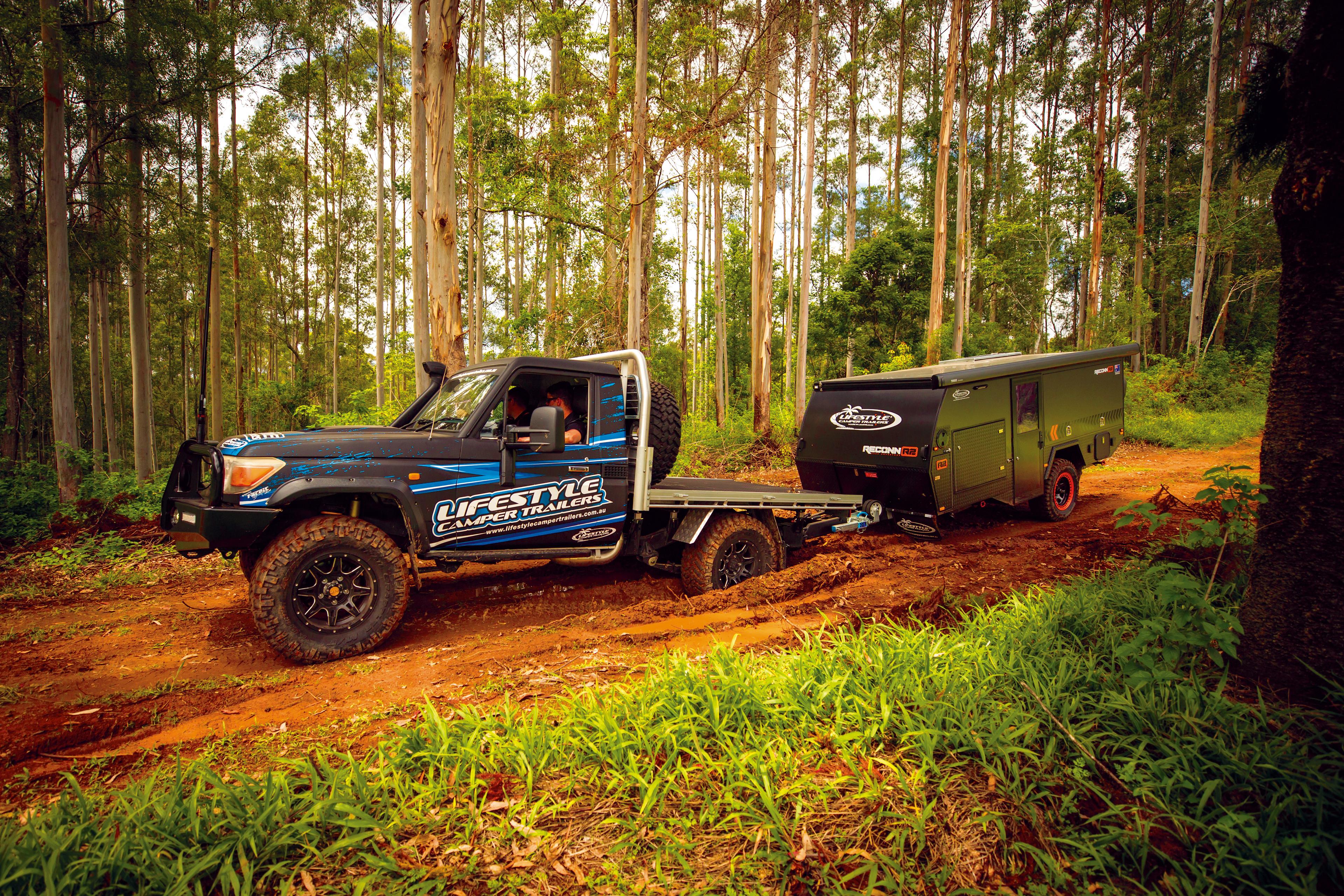 School teachers, bus drivers, tour company operators and aged care workers all need an LR licence if they are transporting small groups in a mini-van or bus.

Meanwhile, I can go to a dealer today, buy a caravan big enough to sleep six people with a kitchen, bathroom and lounge, hitch it to my car and hit the road. No mandatory training. No towing experience. No special licence. Stupid maybe, but entirely legal.

With recent stats from leading RV insurer Ken Tame showing of the total number of caravan claims in the 2017 calendar year 50% were driver fault, it begs the question, should those driving caravans have to hold a licence to do so.

CMCA's Richard Barwick says he's not opposed to the idea.

"In the motorhome environment your licence requirement is based on the GVM of your vehicle. I would personally have no issue if the government rolled this out to other modes in the RV sector.

"We have fifth wheelers, caravans and others well and truly over a minimum weight of 4.5 tonne of a motorhome who are being controlled by a person with a Class C licence. I believe this could be the first step in the education process for all RV consumers."

Australia Caravan Club Chairman Craig Humphrey says, "it would require some contemplation, but I can’t say it’s not an initiative which is without some merit".

He says it would just be a matter of how you do that restropectively to those already on the road, and he's adamant it shouldn’t be a revenue raising initiative.

"I think the question is about a much broader package, but I think there’s merit in looking at it in light of explosion in RV registration, and the way the public seems to have taken to domestic RV touring."

Jeep Vehicles senior manager David Harding says he too is supportive of the idea.

"I think it’s a step in the right direction for people towing larger vans, obviously smaller camper-trailers don’t pose such a risk, but certainly if you are looking at all caravan forums nearly every week, some people are having a mishap, and a lot of the time it’s preventable by knowing how your vehicle will behave under certain conditions with a big load on the back."

"I think if proper consultaion and processes are followed to reach a fair licencing system for those serious about their safety and safety of others, I don’t think it’d be an inhibitor to entering the market. It’s like boats, people understanding to drive a boat you need a licence."

"Logically it makes sense, you need a licence to drive a truck and technically it's no different, but whether that'd be accepted now so long after caravans have been around is a question to be asked."

He also points out some caravans are lighter than trailers that go to the tip.

But Caravan Industry Association of Australia CEO Stuart Lamont says it's a clear "no to licencing".

"There are many other areas which need to be explored which include consumer education, driving practices, technology and understanding size of the problem and investigating crash statistics ... let's look at those first before we make a knee jerk reaction because otherwise we introduce this and nothing happens and then what?"

"There are far more accidents involving trucks ... last time figures came out, truck accidents are much higher. Licencing won't improve anything, but education on towing will."

He says there should be more government backing from a road safety point of view nationally.

"We're playing our part in road safety and I know for certain WA, VIC and NSW have all approached government in different levels about doing it ... so industry has the desire, and here in Queensland we're lucky enough to have government desire too."

Ken Tame's CEO Con Tsobanopoulos has long been an advocate for better education.

"We’re looking at a whole new regulation and the fact that we have nothing in place and to then go to the extreme would deter people, so let’s do an educational piece, whether that means we have educational videos, or publications, or communications to government offering special courses, there’s a multitude of things that could be done."

He adds, "to do a licence straight away would be difficult and what we may see happen is a trend of people being deterred from even entering market".

"If I now have to jump though these hoops and have to do this and it’s going to cost me then the whole experience isn’t worth it and you’ve taken out the fun, and that’s what people may think."

"I believe people want to do the right thing and it’s about having good education, driven by an industry to help people understand what you carry matters and everything around how you load a caravan or motorhome, because where you store heavier items can have a dramtic impact on stability and impacts on tow ball … so my view is that we’ll get futher with education and explaining how to tow safely."

"Everyone wants to tow safely, they are on a holiday with loved ones and where industry can help them understand how to be as safe as possible, this will help people come on board."

He says much like in road safety, we need a similar RV campaign which should be funded by industry, associations and government.

"If you are a person that is experienced and been towing caravans for a long time, you still need to be refreshed on safety requirements, and the Victorian Government and VicRoads is loathed to make it a licenced requirement. I think it’s more about safety awareness and safety information."

Tourism Holding Limited's (THL) CEO Grant Webster says there are several reasons not to look at licencing, and its focus instead is on telematics.

"We have telematics operating in all vehicles that link to an in-vehicle tablet that tracks what the customer is doing. The more information we learn over time, the more we can refine that messaging and change behaviours, and we have already seen a reduction in speeding by 80% in Australia and have seen overhead roof damage reduce by 70% in rentals."

He says with the evolution to autonomous vehicles, telematics becomes even more important.

"Telematics and having vehicle safety systems and colllision preventive systems and all those things in high end cars today, will be standard in all vehicles before too many years. So I don't think forcing the issue of regulation is the way to go."

Rob Boegheim, from Brisbane-based off-road mapping specialist HEMA, agrees.
He says GPS is a great way to reduce stress for a driver, and ultimately make them safer.
"Knowing where to get fuel and where they can camp can take worry of the unknown out of it and so it’s a perception of safety.There's also the knowledge that a team know where you are and can swing in and help."

"Standard licencing for any GVM or GTM over 4,500kg is a good thing, even if all it does is push manufacturers harder to make vans light enough to negate the need for a licence upgrade."

Check out the full feature in issue #127 of Camper Trailer Australia magazine. Subscribe today for all the latest camper trailer news, reviews and travel inspiration!