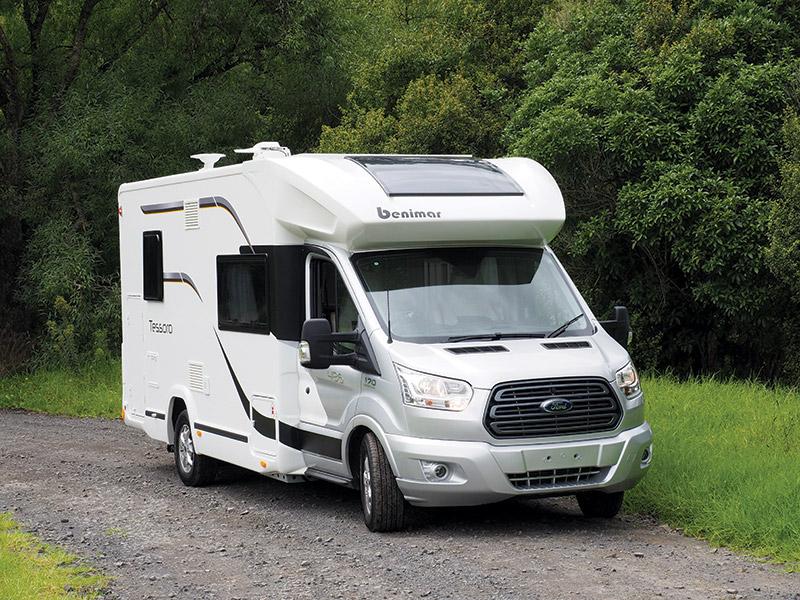 Feature: The Future of Motorhomes

The Future of Motorhomes

Just last week, I spent some time looking over motorhomes from Australia, New Zealand, Germany, Italy, France, Britain and Spain. Where was I? Three hours away from the east coast of Australia in Auckland, New Zealand. Yes, you can if you wish, see any number of motorhome products from international manufacturers. There are even a few North American-built motorhomes as well, but given the road widths, they are not as popular. I was roaming around in a German-built Bürstner Lyseo using it as a mobile office and accommodation while I was there. It was in many ways, a typical German-built motorhome, based on a Fiat Ducato chassis and having a layout that made full use of the swivel seats in the front cab.

The Germans certainly know how to build a motorhome but are seemingly getting a bit carried away with LED lighting systems — a mood light and a switch for every occasion in the Lyseo, for one. It took me two nights to find the off switch! By comparison, the power points were a little lacking. There was just one to cover both the kitchen and dining areas.

This did create a few problems for yours truly carrying a multiple number of camera, flash and device batteries to recharge overnight. Fortunately, I have long learned to carry a small powerboard and separate multiple outlet USB charger around with me. Just as a by and by, did you know the multiple outlet powerboard was an Australian invention by an engineer who worked for Kambrook at the time?

My assignment in Auckland was to visit the RV Super Centre which is the retail outlet for THL (think KEA, Britz and Maui). In addition to looking over a couple of KEA-built motorhomes, I also took an Italian-built Roller Team Zefiro (interesting name) for a run. One wonders when the Roller Teams might appear in Australia, given that many models have a habitation door on the kerbside.

One thing I did note in my travels, is the increased prevalence of elevating beds fitted to many motorhomes, either as the main bed or more often, as an extra berth. Some are electrically-operated and others, like the KEA Odyssey and Cascade models, were lowered and raised easily by hand.

As it stands, major US RV manufacturer Thor Industries (which includes Airstream and Jayco USA), has signed a joint venture with THL that will “bring the full benefit of digital connectivity and the sharing economy to RV owners around the world”. Briefly translated, I think it means that manufacturers, dealers and RV owners will enjoy greater opportunities to plan, service and execute RV trips worldwide. Watch this space to see how this interesting development might affect the insular Australian industry.

While in NZ, I also had the opportunity to have an extended drive of a Ford Transit 170 cab chassis based Benimar Tessoro motorhome. Ford’s Transit has not made much impact on the motorhome scene here in Australia yet, but I have to say it’s a winner in terms of performance — both the engine and the full auto six-speed gearbox. The latter is a smooth performer and certainly better than AMT (semi-automatic) gearboxes.

Anyone who has ever rented a motorhome will know that the least exciting part of any trip is the night before returning the motorhome to the rental depot, when everything has to be packed up, cleaned up and tanks emptied. Consequently, any nearby caravan park will often have a number of rental motorhomes parked overnight for that very reason. Take a little tip from moi, what looks like a 20-minute trip to the rental depots near the airport, can take more than an hour in morning peak-hour (like after 6.00am) traffic, so it's best to be organised. I was to learn on this trip that Auckland traffic is on a par with any of our eastern capital cities.

This article was originally published in Caravan World